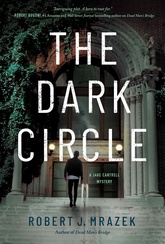 Jake Cantrell tried to put his past behind him and settle down after suffering an unjust disgrace as an army officer. He works as a campus security officer at a small college in upstate New York. But things aren’t so placid in his leafy new environs. A mass opioid crisis threatens to devastate the campus. When two football players on the new drug attack Jake with bats, Jake is fired for the excessive force he has to use to subdue them.

Newly unemployed, Jake is retained to find missing college student Deborah Chapman. Along with Bug, the 18-year-old wolf hound he saved in Afghanistan, Jake sets out on the search. Battling street gangs, Jake is set for a brutal showdown that could mean Deborah's rescue—or Jake's demise.